An asterisk denotes a new Commissioner or Mayor.

The APCC produced guidance on key principles for incumbent Police and Crime Commissioners and Deputies, who remain in office until the end of the pre-election period on 13 May 2021, to consider during this period of heightened sensitivity:

The APCC produced a briefing providing guidance, advice, and information for candidates standing in the 2021 Police and Crime Commissioner elections:

Here are the results of the first ever PCC election, which took place on the 15th November 2012.

The second set of elections for the office of PCC were held on the 5th of May 2016. The number of elected PCCs reduced from 41 to 40, because responsibility for PCC functions in Greater Manchester now falls within the remit of the Mayor of Greater Manchester Mayor who was elected for the first time in May 2017.

What does your Police and Crime Commissioner do for you?

Click the image to zoom in and find out more 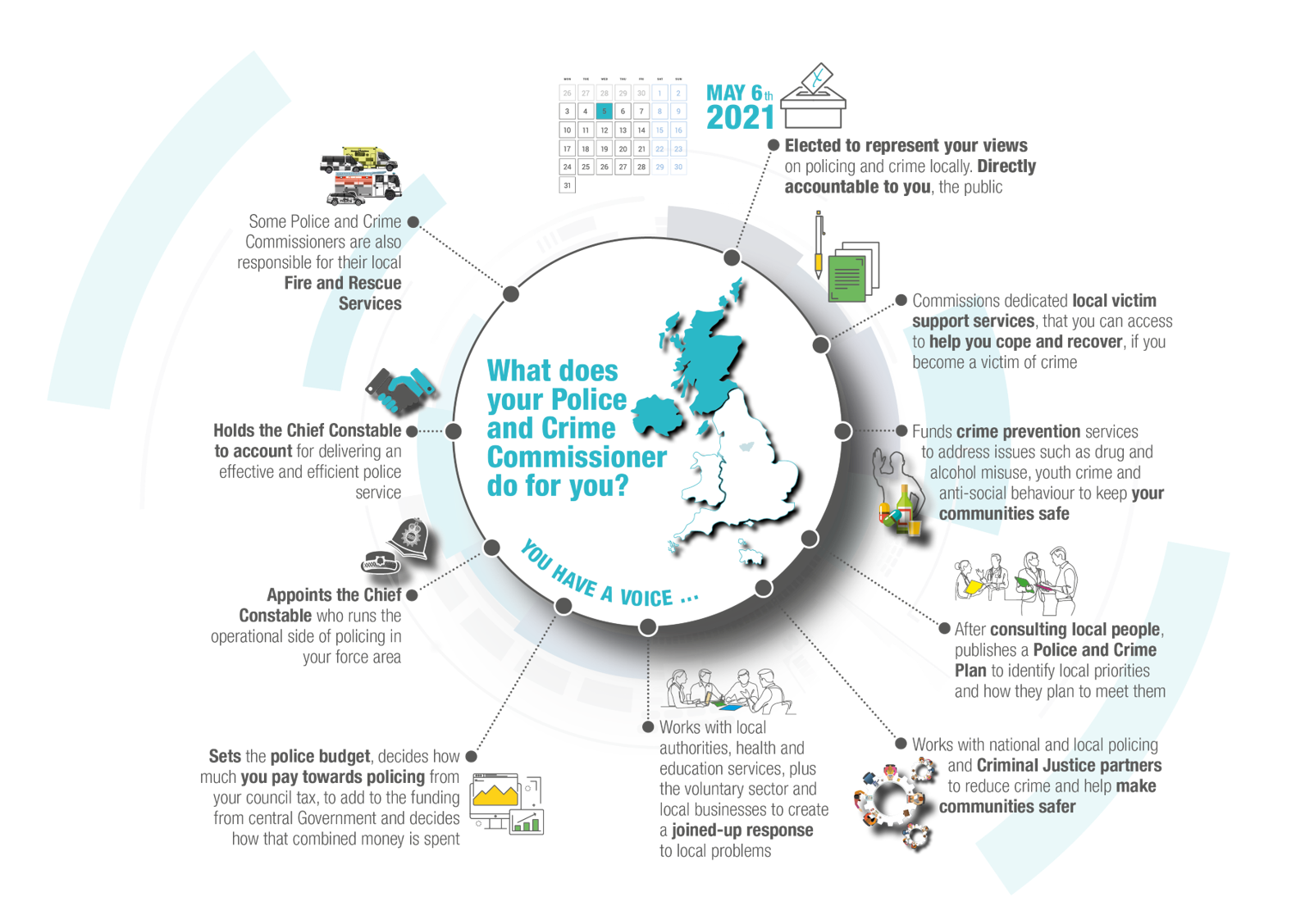 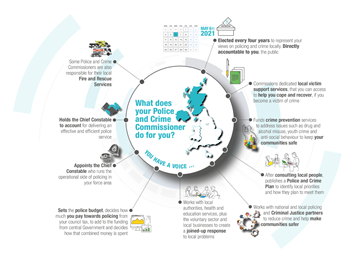